The Salar was formed as a result of transformations between several prehistoric lakes. It is covered by a few meters of salt crust, which has an extraordinary flatness with the average elevation variations within one meter over the entire area of the Salar. The crust serves as a source of salt and covers a pool of brine, which is exceptionally rich in lithium. It contains 50% to 70% of the world’s known lithium reserves.[3] The large area, clear skies, and exceptional flatness of the surface make the Salar an ideal object for calibrating the altimeters of Earth observation satellites. Following rain, a thin layer of dead calm water transforms the flat into the world’s largest mirror, 129 kilometres (80 miles) across.

The Salar serves as the major transport route across the Bolivian Altiplano and is a major breeding ground for several species of flamingos. Salar de Uyuni is also a climatological transitional zone since the towering tropical cumulus congestus and cumulonimbus incus clouds that form in the eastern part of the salt flat during the summer cannot permeate beyond its drier western edges, near the Chilean border and the Atacama Desert. 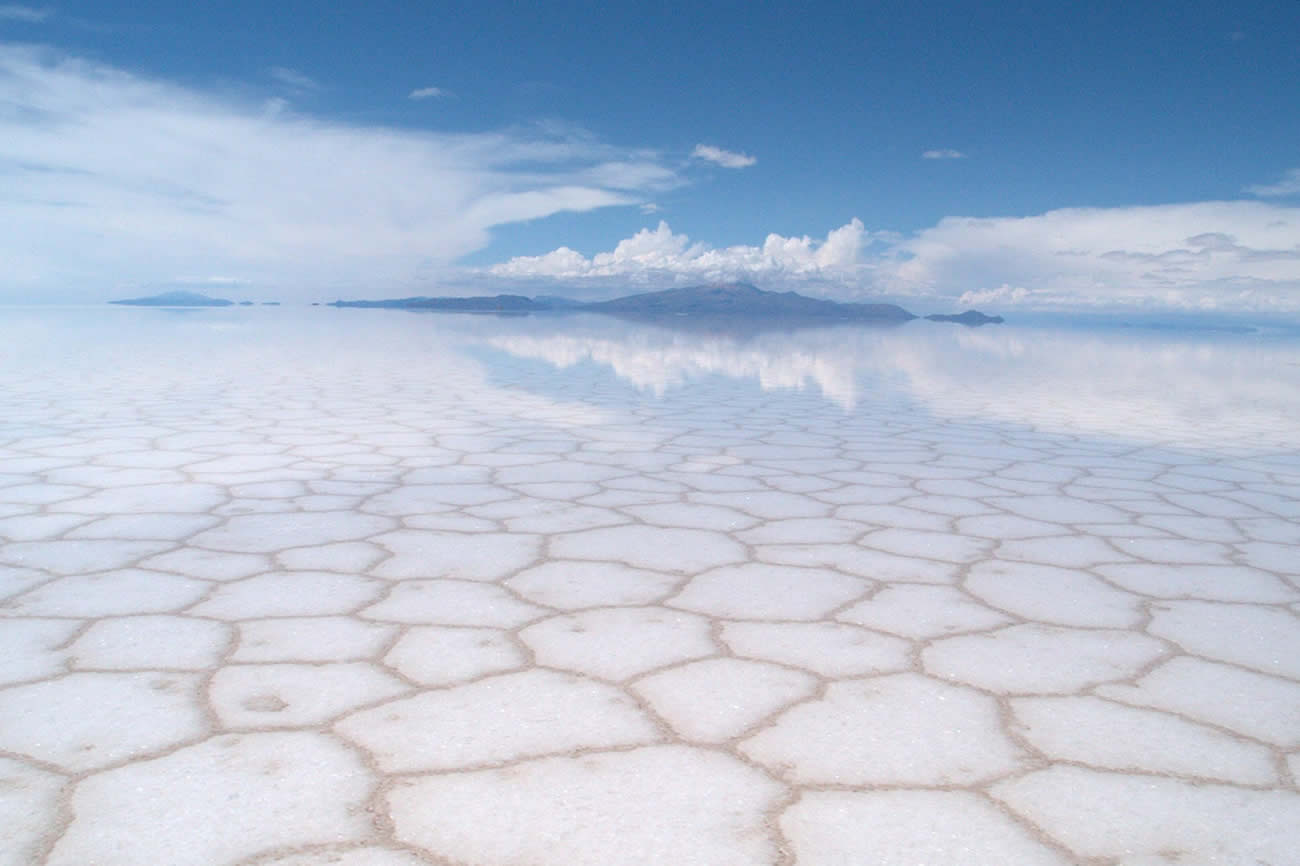 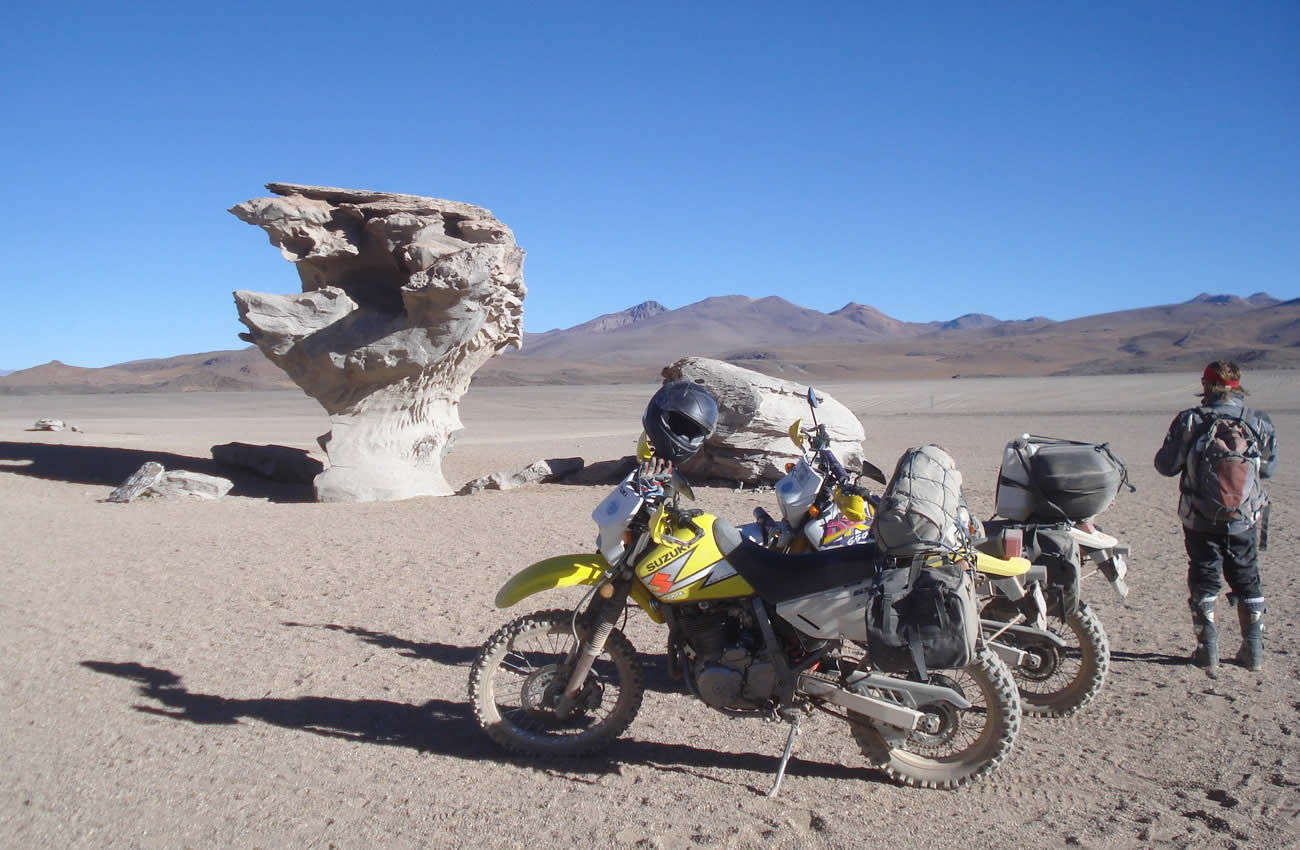 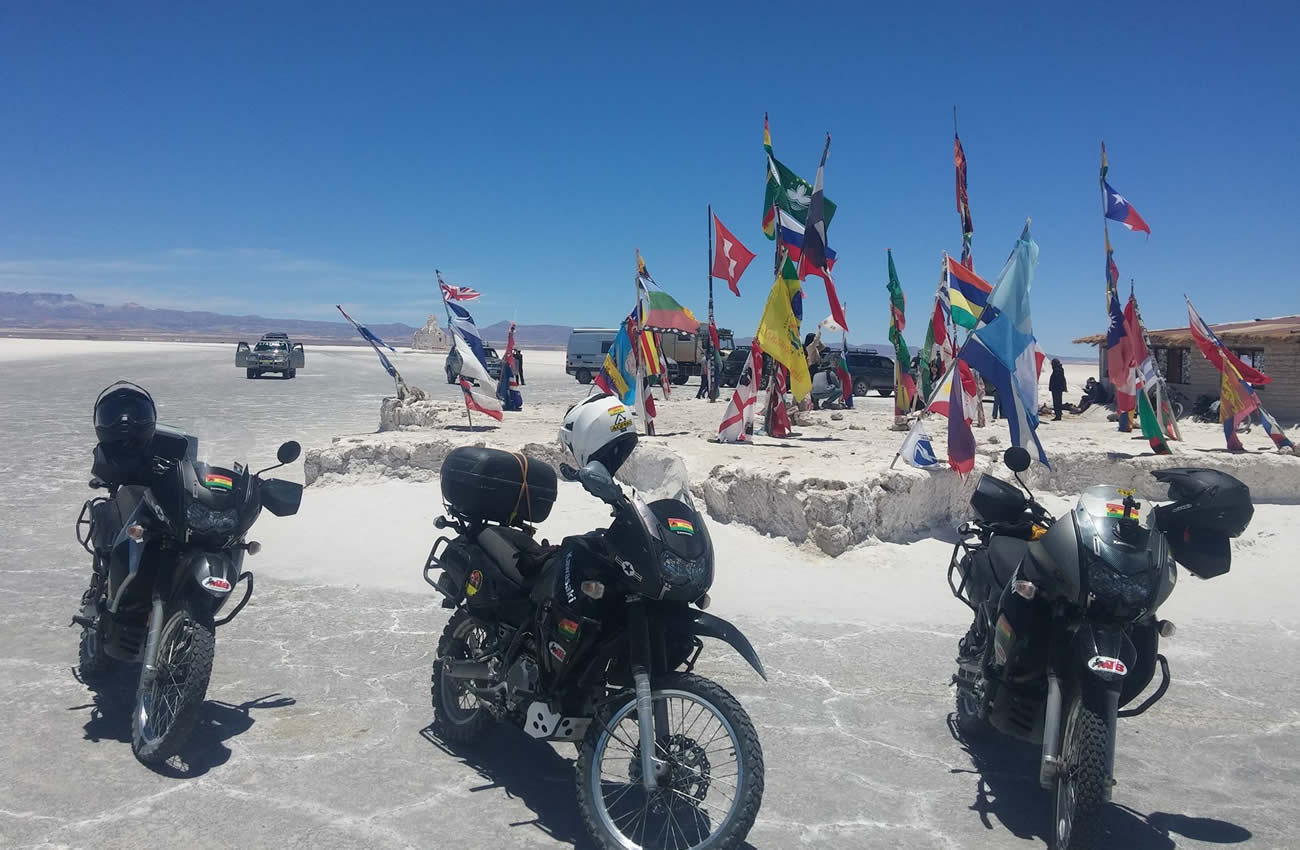 $1400
LEVEL: HARD ONLY FOR EXPERIENCED RIDERS